THROWN IN A FIT 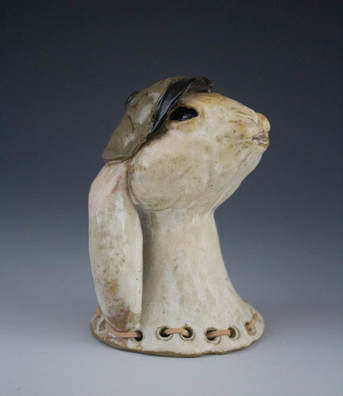 I've always been a very visual and tactile person.  That, more than anything, is what led me to pottery as my primary art of choice.  Through my education and career as an interior designer I've studied extensively about space and the things we put in that space...working constantly to ensure there is a balance, a rhythm, and a sense of harmony within its environment.   The organic nature of something that is hand built vs wheel thrown has probably been the most influential factor in the evolution of my work. My pottery is not about precision but a search for an organic flow in the movement of the design. Whether one is seeing it or touching it, my hope is, it brings a sense of place to the art and the person.  More recently I've begun exploring clay through sculpture, precious metal  and base metal clays and alternative firing & finishing techniques.  I have finally found my voice in this medium, and I've accepted that it will continue to change as I move through this journey with curiosity and exploration leading the way.  I hope you enjoy the results of this journey so far. 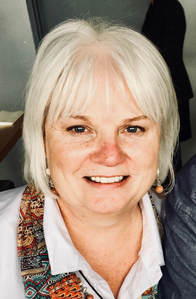 Linda Manning was born in Texas and has lived in Boerne, Tx since 1992.  Linda holds a degree in Interior Design from University of Texas San Antonio School of Architecture.  Linda has been a practicing Registered Interior Designer since 2001, owning her own consulting/design firm since 2002. She also is a LEED (Leadership in Energy and Environmental Design), Accredited Professional (AP) through the US Green Building Council.
Linda began wheel-thrown pottery lessons in 2007 from a local potter and after 4 years began hand-building pottery classes and workshops. Linda has attended classes at San Antonio's Southwest School of Art, Workshops in Taos, NM and Doylestown, PA.  She began teaching handbuilding at her home studio in Boerne in 2016 after an expansion of her studio.
As a member of the San Antonio Potters' Guild she has participated in San Antonio Chapter of Empty Bowls and the semi-annual Clay Festival and the Hill Country Empty Bowls 2018 .  As a member of the Boerne Professional Artists she has been juried into the Annual Parade of Artists and the Texas Hill Country Invitational.